Hey, everyone! I just thought I would poke my head up from writing and post something I’ve been meaning to put up on the blog for a while.

Back in September and October I spent about three and a half weeks on the road, touring for The Lost Kingdom and Cave of Wonders: Infinity Ring Book 5, and I’ve been getting a lot of requests from people for a report. So, I’m here to report that it was spectacular and awesome and a heck of a lot of fun. I traveled quite literally from coast to coast, dipping my toes in both the Atlantic and Pacific (while suffering geographic whiplash to such a degree I actually got the two confused – “which ocean is this?” – for a few moments). 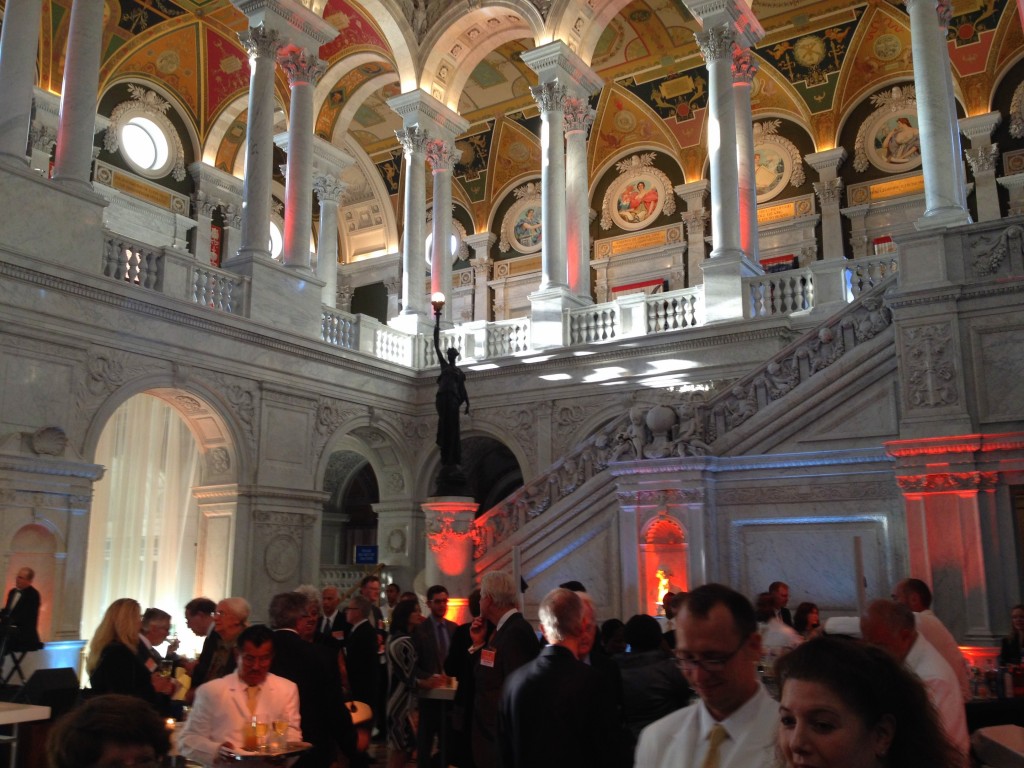 And I got to see Thomas Jefferson’s library: 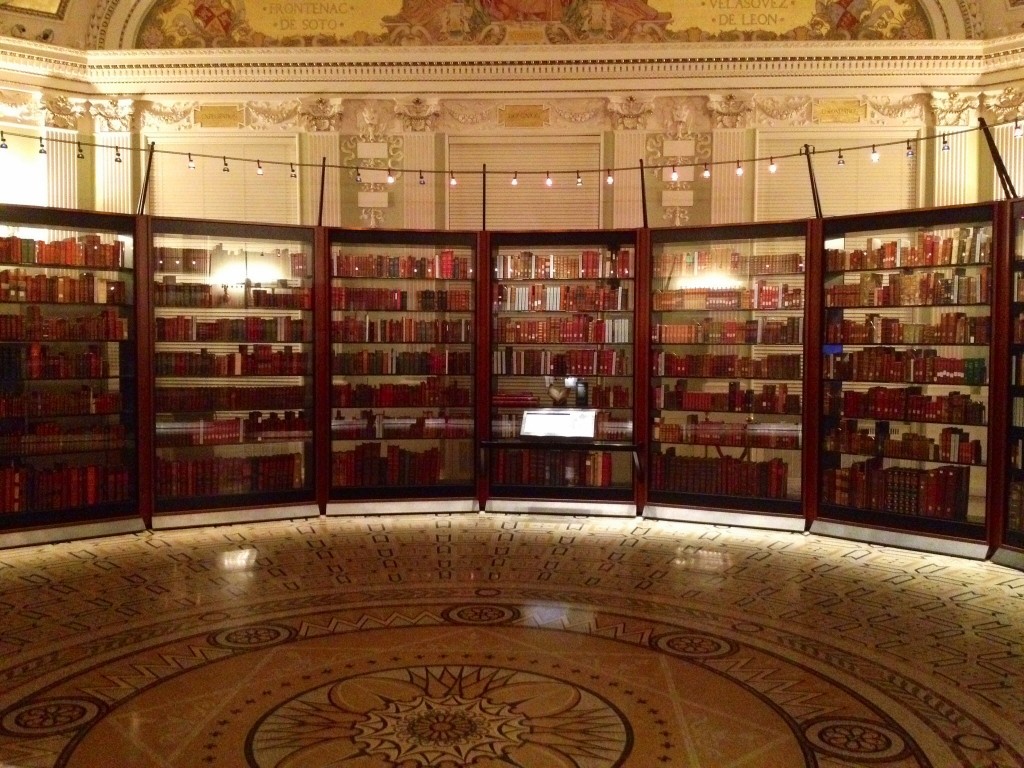 And the main reading room: 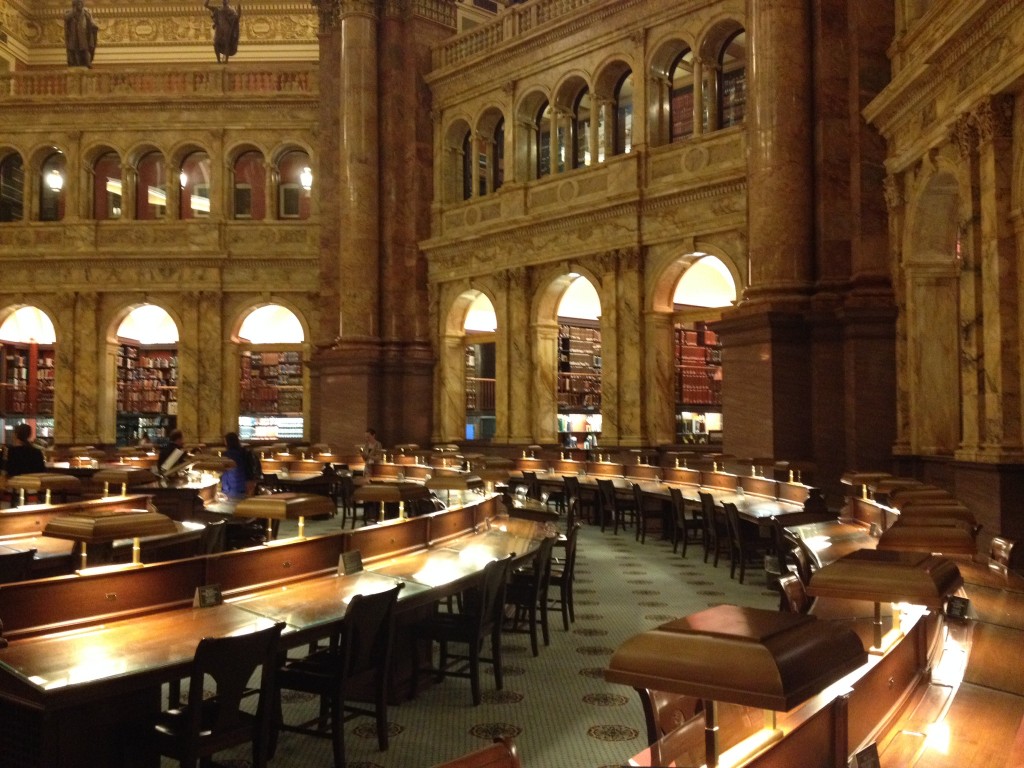 There may be video of the talk I gave somewhere online. I’m not sure, but here’s a picture of me speaking. Based on my gesture in this image, it’s clearly all about ME. 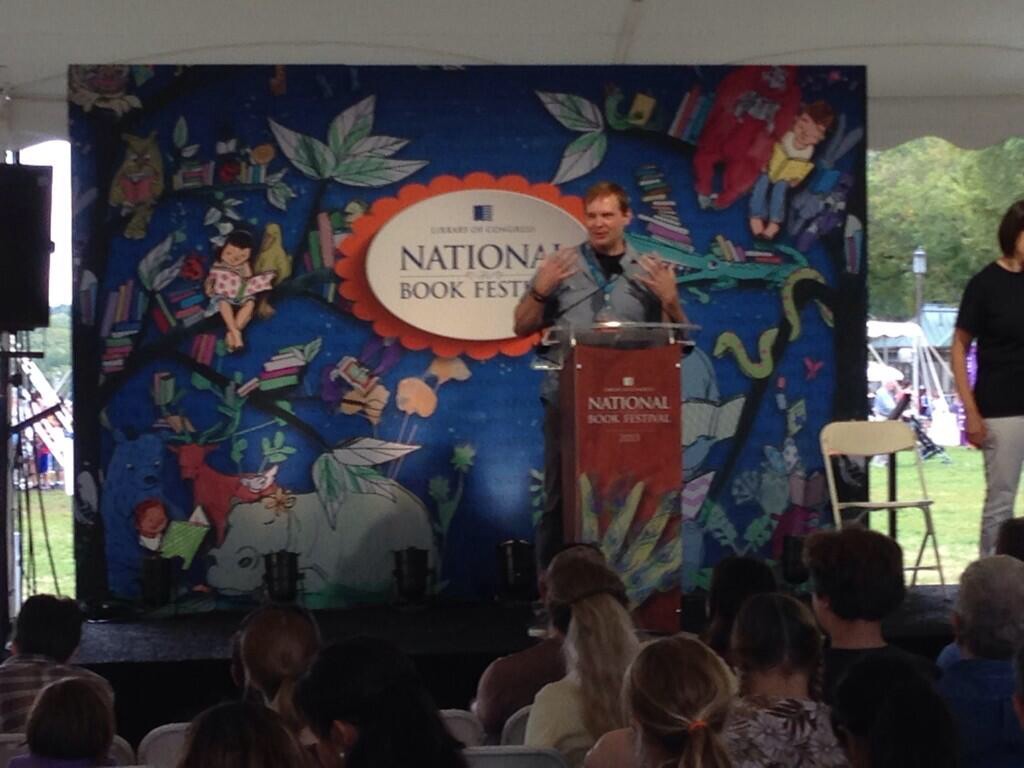 Just kidding. Really, it’s not, and I learned that following my talk. During the Q&A, a woman named Lisa approached the microphone and wanted to tell a story. It turned out that she was a writer, but had struggled with a lack of confidence in pursuing that dream. She found Icefall as her father was battling cancer, and Solveig inspired her to find her voice and tell her stories. After her father passed away, as a promise to him and to herself, Lisa buried him with a copy of Icefall.

I was speechless at the end of this story. I felt tears coming to my eyes. I had no idea what to say or do. Really, I just wanted to give Lisa a hug. This is not the kind of effect I think about when I’m writing a story and putting it out there. I have no idea how or if a story might touch someone’s life when I’m writing it, and I take absolutely no credit if it does. That’s the beauty of this job. We come together, reader and writer, and we share an experience with a story, and most of the time I don’t know what that experience has been for the reader. But every once in a while, a moment of beauty transpires in which I see that connection, and I get to feel some of it. I’m so humbled and grateful to Lisa for stepping up to the microphone to share it.

I wanted to talk more with her, but the schedule was so tight, they whisked me away on a golf cart before I could find her in the crowd. We went to my signing, where I met lots of wonderful fans and readers. 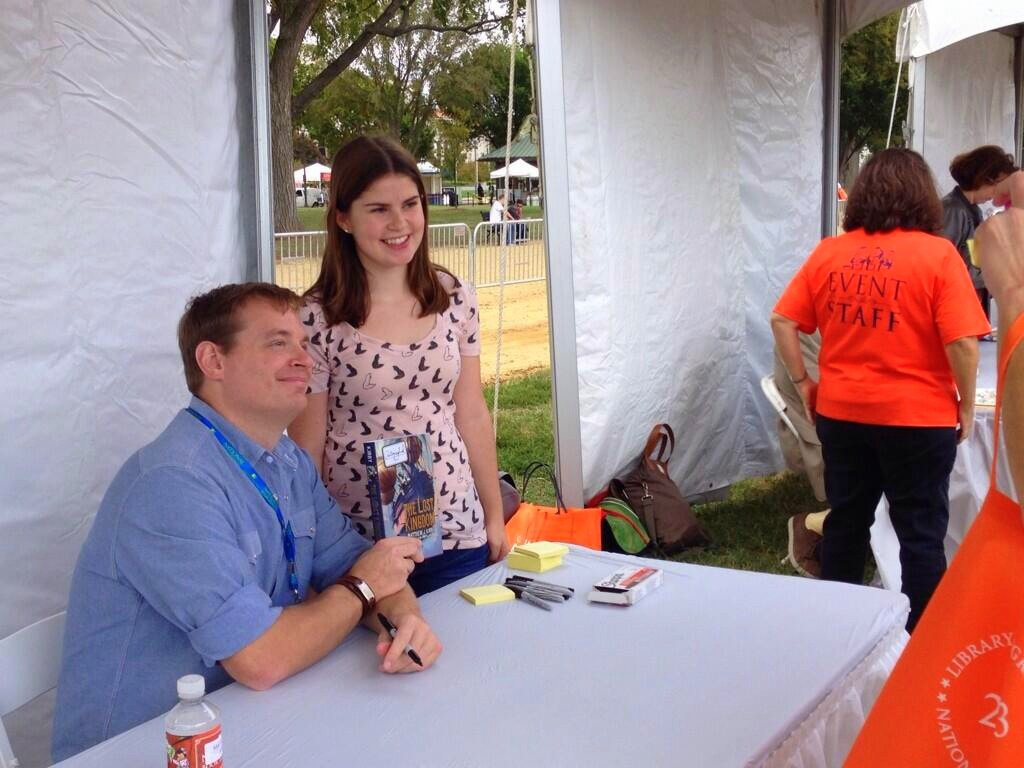 I also had the chance to hang out in the green room with friends old and new. 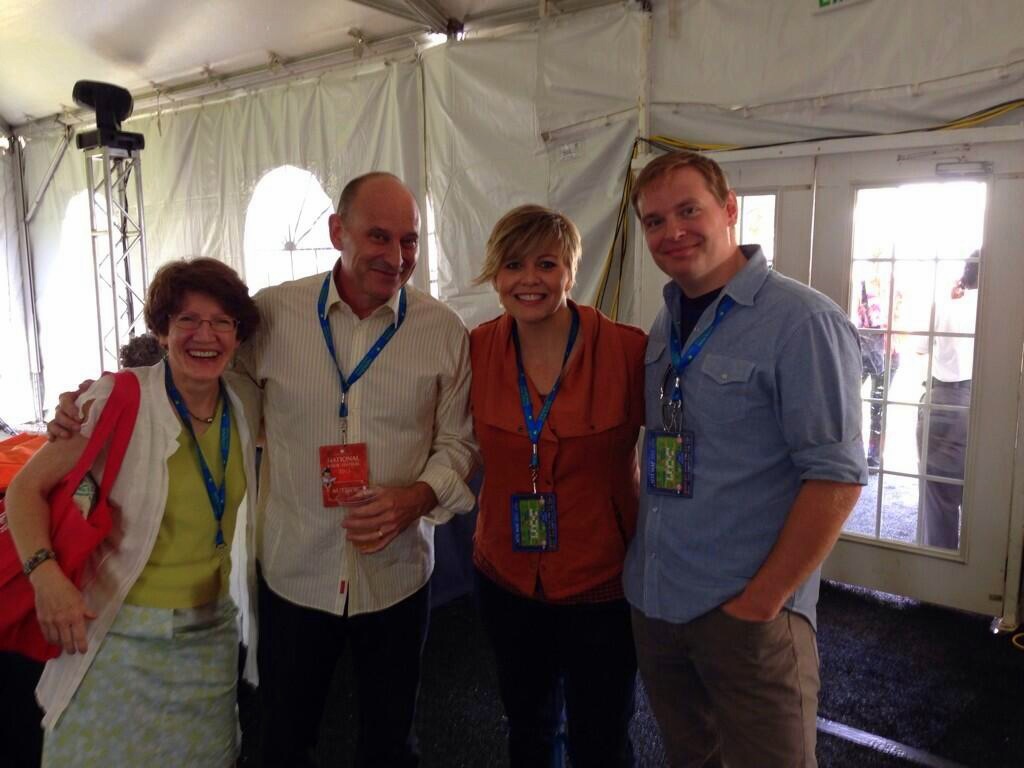 I also spent a day signing stock with Mark Teague, Kathryn Erskine, and Tamora Pierce, and they were great company. 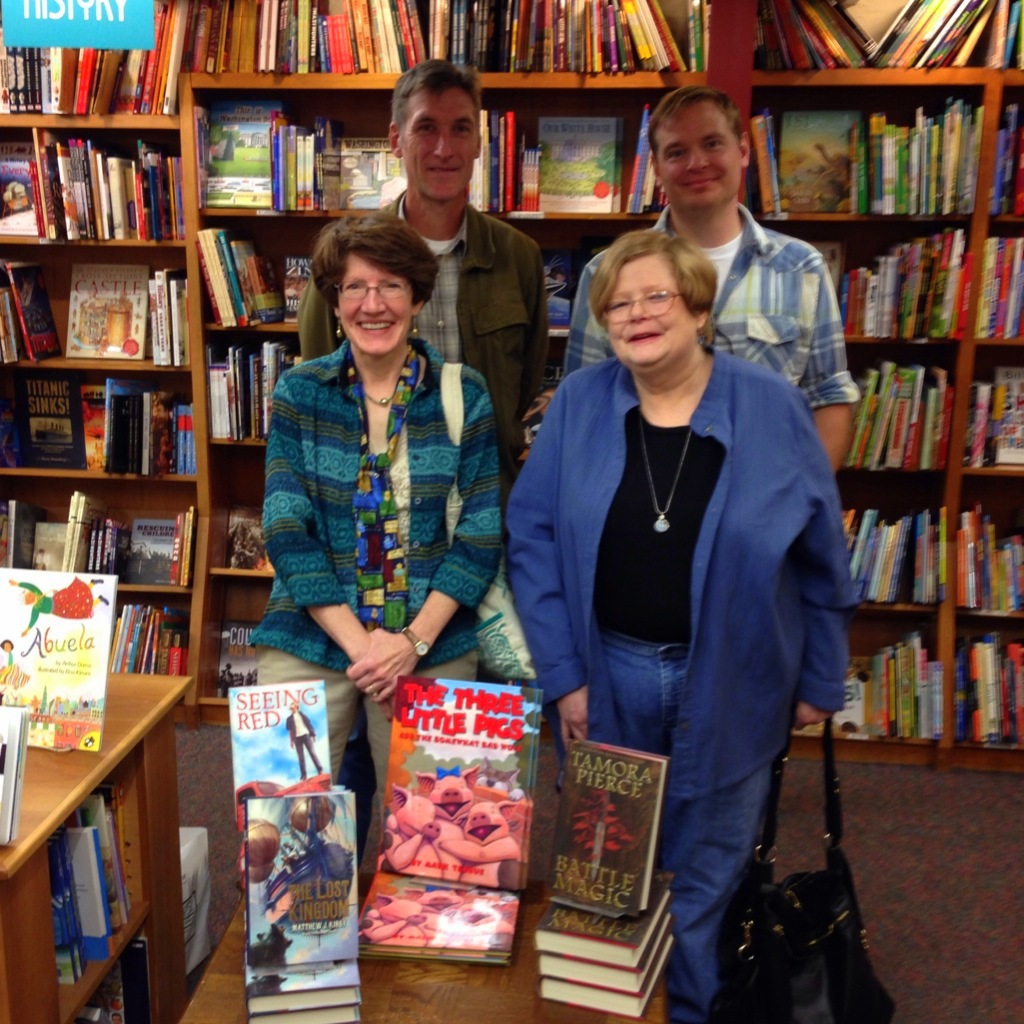 From Washington D.C., I traveled to Philadelphia for a few days of school visits and bookstore events. I’d never been there before, and I had a couple of missions I’d set for myself. The first was to visit the historic home and gardens of John Bartram, father of Billy (William) Bartram, the main character in The Lost Kingdom. The second thing I wanted to do was eat an actual Philly cheesesteak. The latter I accomplished right away, at which time I learned you can order your cheesesteak with provolone, American, or “whiz”. I did not order the whiz, but in retrospect, I wish I had.

In Doylestown, Pennsylvania, Krisy from the Doylestown Bookshop took me to the inexplicable and utterly fantastic Mercer Museum, or as I like to call it, the Temple of the Triumphant Hoarder. I love places that make me feel as though I have stepped directly into someone’s psyche (Salt Lake City folks can experience this with our own Gilgal Gardens), and that’s what this place was. I mean, check this out. He built it out of poured concrete, with no architectural plans. It was all just in his head. 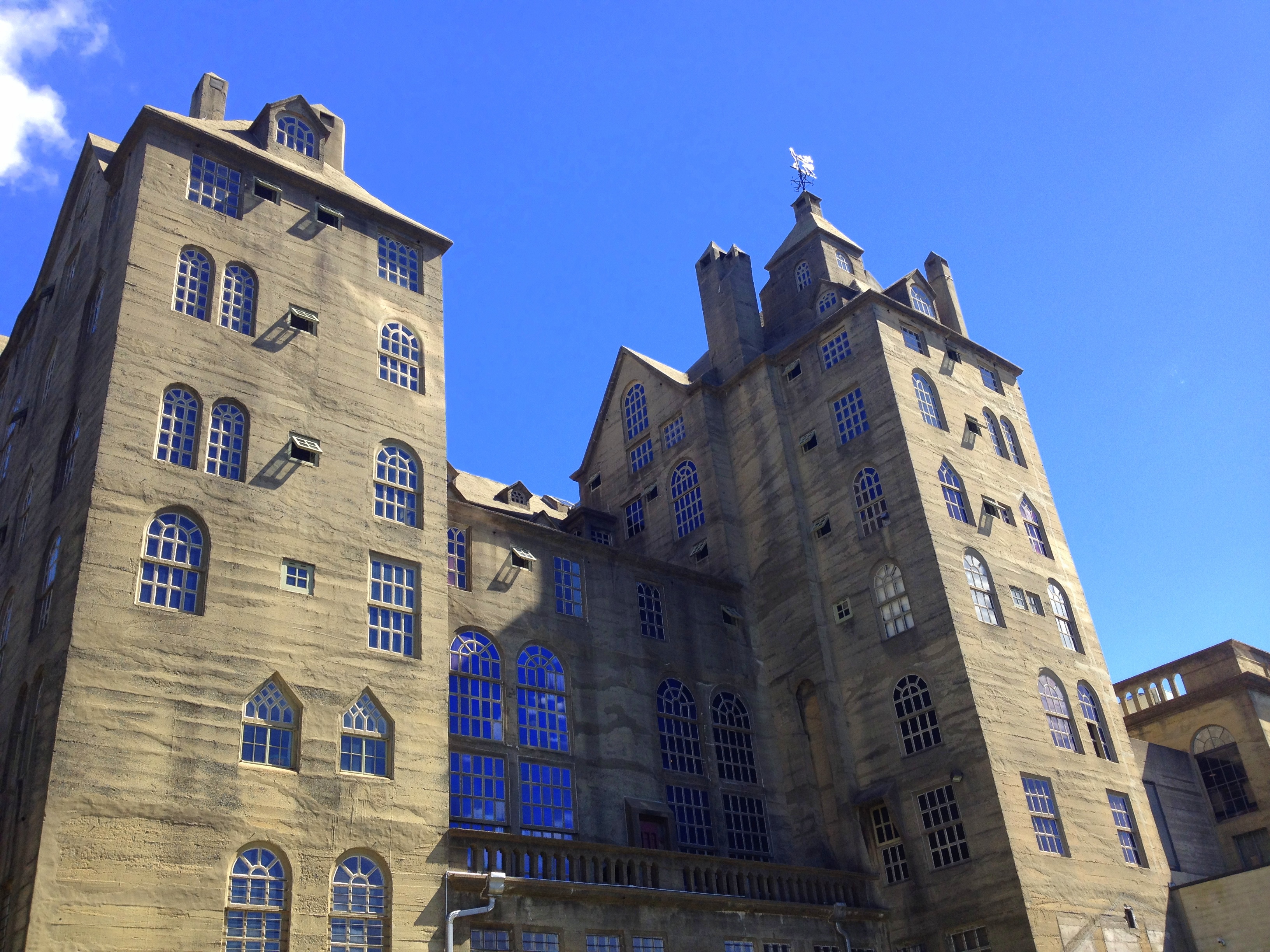 Inside this temple, he housed his collection of crap. Well, at the time it was crap. Just ordinary, everyday stuff that other people looked at and wondered just what was wrong with this Mercer guy for collecting it. But nowadays, all that crap has historical significance and we can call this hoarder’s mother lode a museum. I highly urge you to go check it out if you’re in the area. 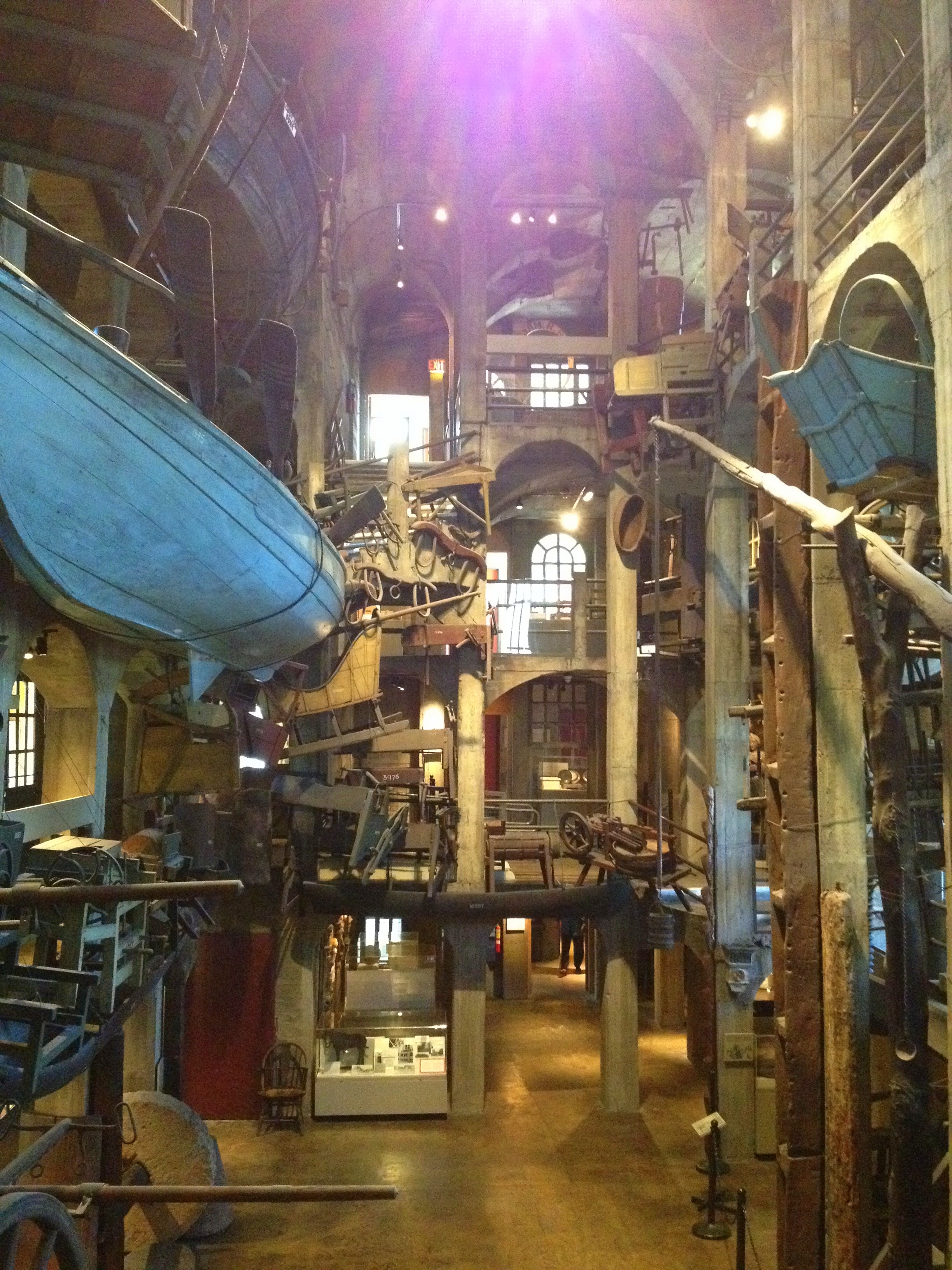 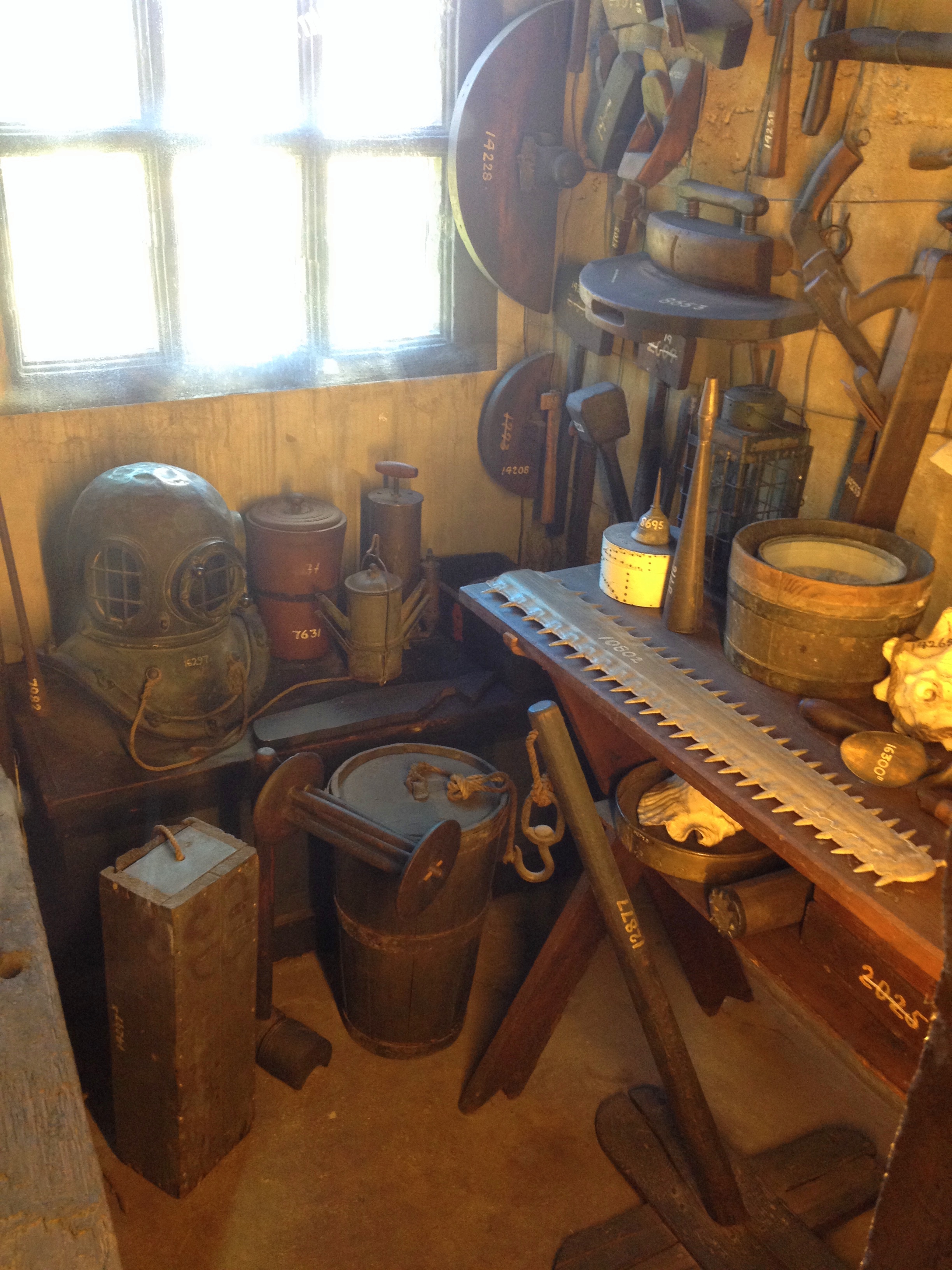 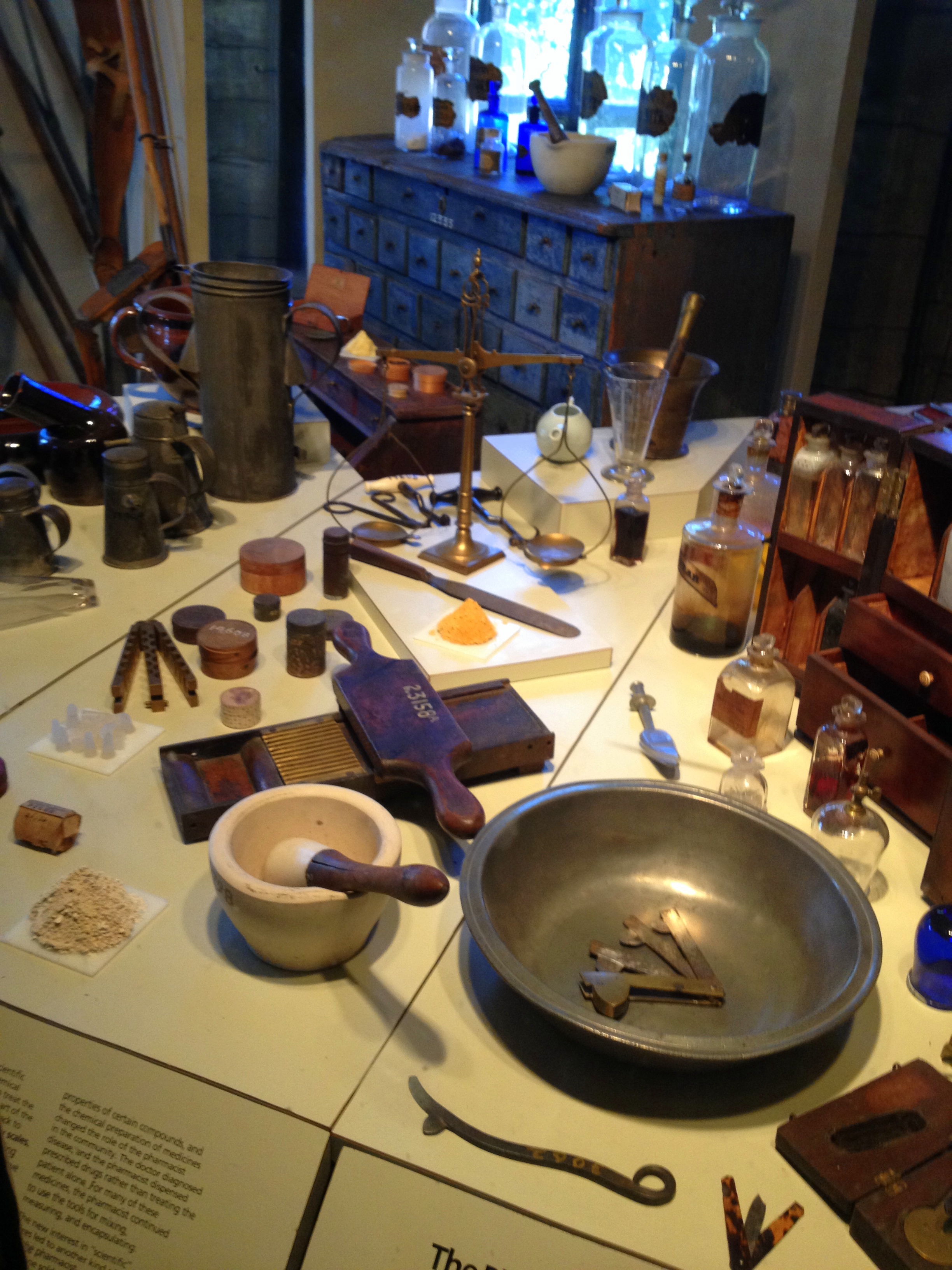 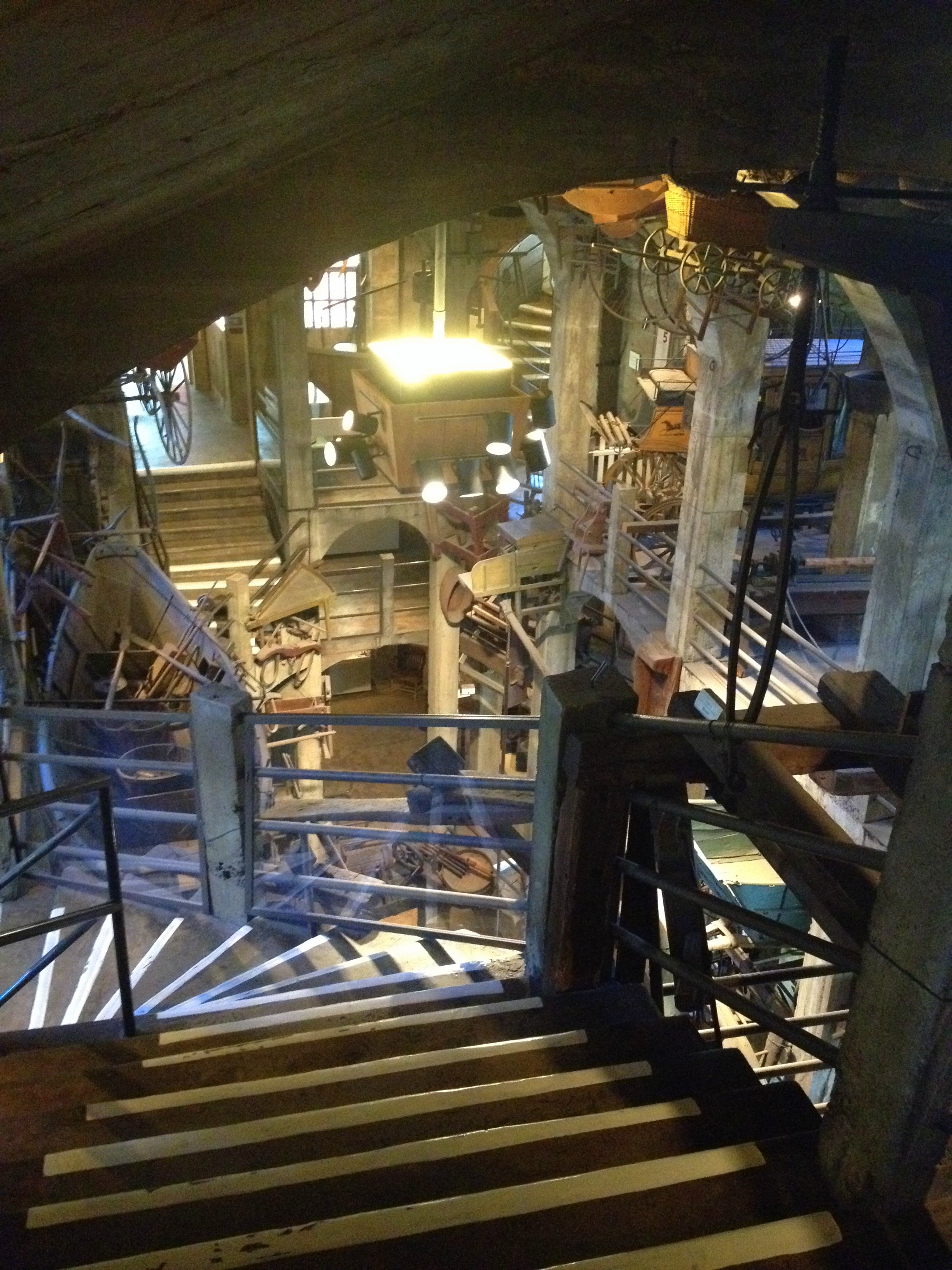 It was also in Pennsylvania that I had the most exciting school visit I’ve ever had. I was in the multi-purpose room, and I’d set up my laptop with the projector. The kids were filing in, and it was go-time, but just then the principal came on the loudspeaker and announced that we needed to evacuate the building for a gas leak, and this was not a drill. So we all filed out of the building into a cloud of sulfurous gas, across the soccer field, to the school’s evacuation site, which was a Church of the Nazarene. Once there, I decided it might help distract the kids if I still gave my presentation, so I offered. The staff took me up on it, so there in the church, without my slides or even a microphone, I gave a talk to what was now the entire school, rather than just the upper grades. I have to say, it went really well, and I don’t know if I’ll ever have another school visit experience that can top it.

From Philly, I went to Boston, another city I’d never visited. I loved it. The history buff in me was seriously geeking out. I stayed in the hotel where they invented the Boston Cream Pie and Parker House rolls… 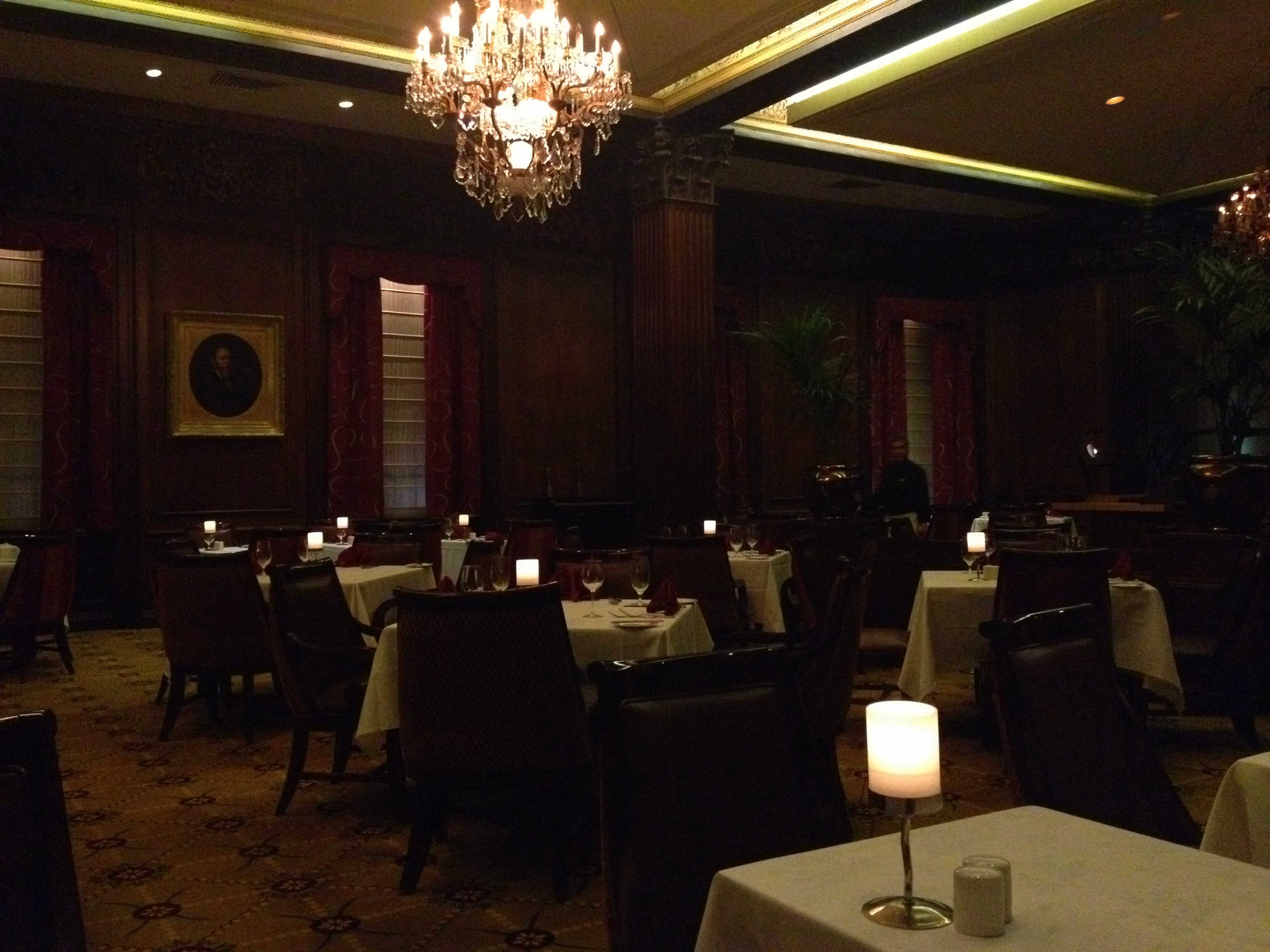 …across the street from the King’s Chapel… 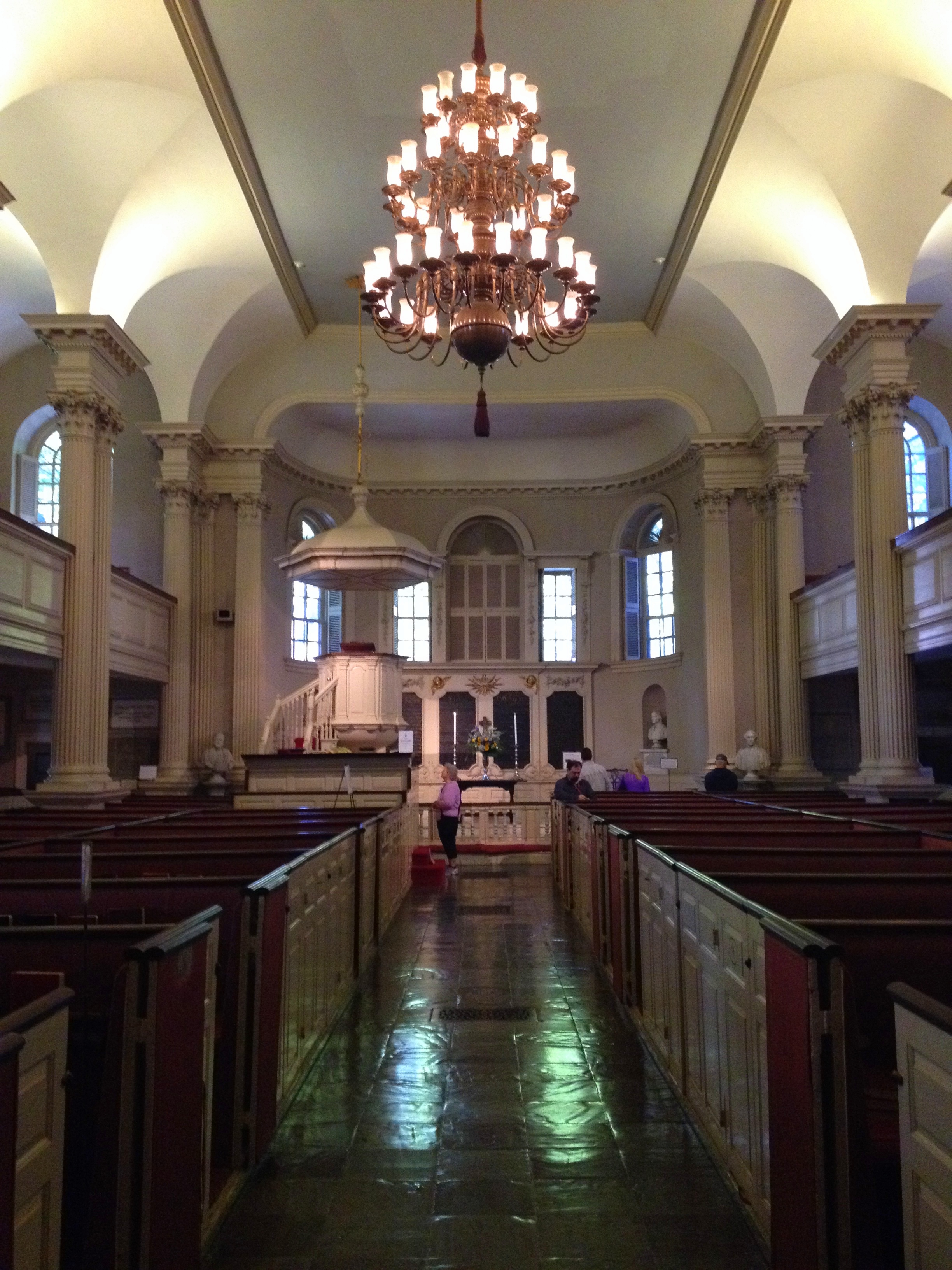 …just down the road from the Granary Burying Ground and Boston Common. 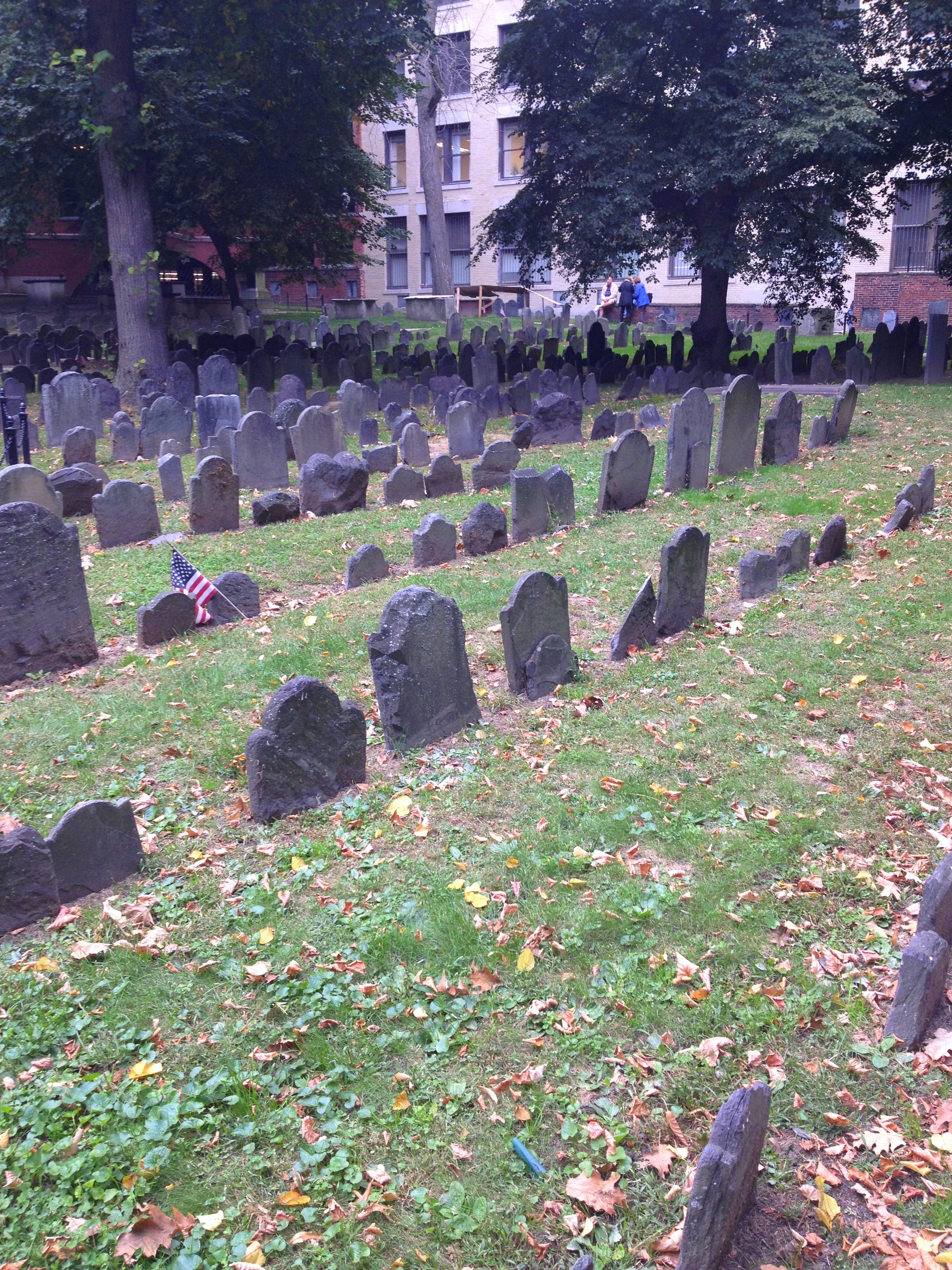 One afternoon, I met fellow writer and foodie friend Ammi-Joan Paquette for lunch in Harvard Square, where I ate my first lobster roll (but not my last!), and afterward I walked across the Harvard campus to the Peabody Museum. Jaime Richardson of sophistimom had told me about the glass flowers, and I had to see them for myself. They amazed me in a way that left me doubting what I was seeing.

Boston concluded the east coast leg of my tour. From there, I went to San Francisco, Portland, Seattle, and then to Nashville, but I think I’ll cover those in another post. Hopefully soon.

Okay, back to work on the book! I’m currently writing the second installment in my Quantum League series. The first book comes out this month on the 28th. I’ll be doing an event that evening with The King’s English in Salt Lake City, so please come. In the meantime, there’s a giveaway of the book running over at goodreads. Hop on over to enter!