History is broken, and a long-feared Cataclysm seems imminent. The capital of the United States is Boston. Lincoln’s face is nowhere to be seen on Mount Rushmore. Everyone’s buzzing about the French royal wedding. And an international group of men and women known as the SQ is more powerful than kings, richer than nations, and more fearsome than armies. When best friends Dak Smyth and Sera Froste stumble upon the key to time travel – a hand-held device known as the Infinity Ring – they’re swept up in a centuries-long secret war for the fate of mankind. Recruited by the Hystorians, a secret society that dates back to Aristotle, the kids learn that history has gone completely, and disastrously, off-course. Now it’s up to Dak, Sera, and teenage Hystorian-in-training Riq to travel back in time to fix the “Great Breaks”… and to save Dak’s missing parents while they’re at it.

Check out the Infinity Ring website for the first three books, out now.

My installment, Cave of Wonders (Book 5), takes place during the Golden Age of Baghdad, on the eve of its destruction by Mongols. It releases September 1st, 2013. 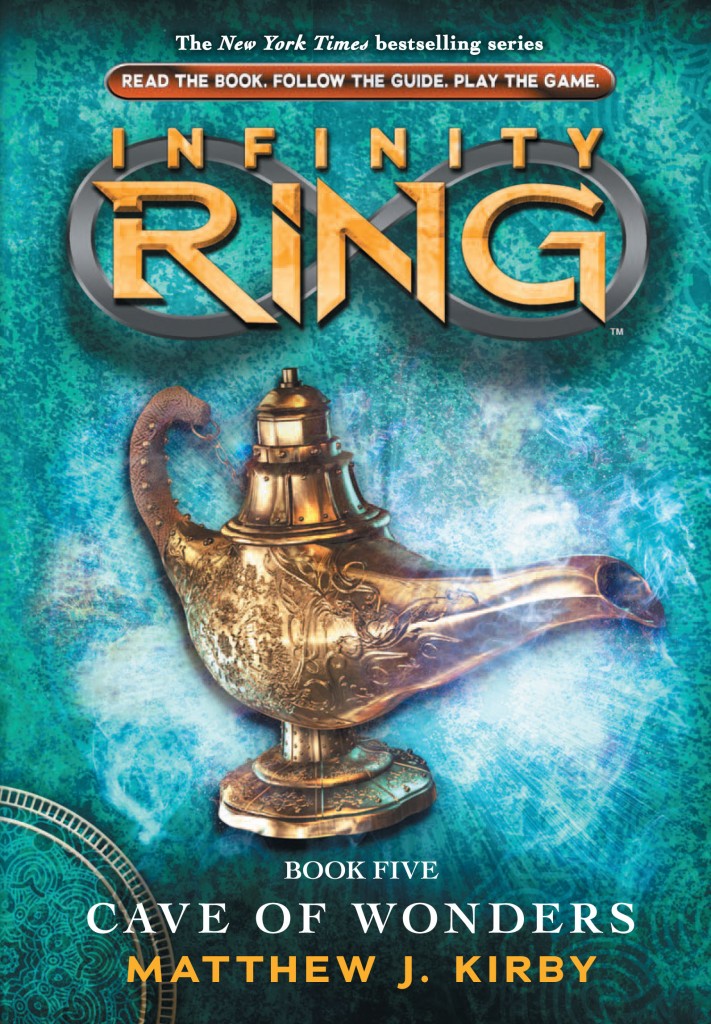