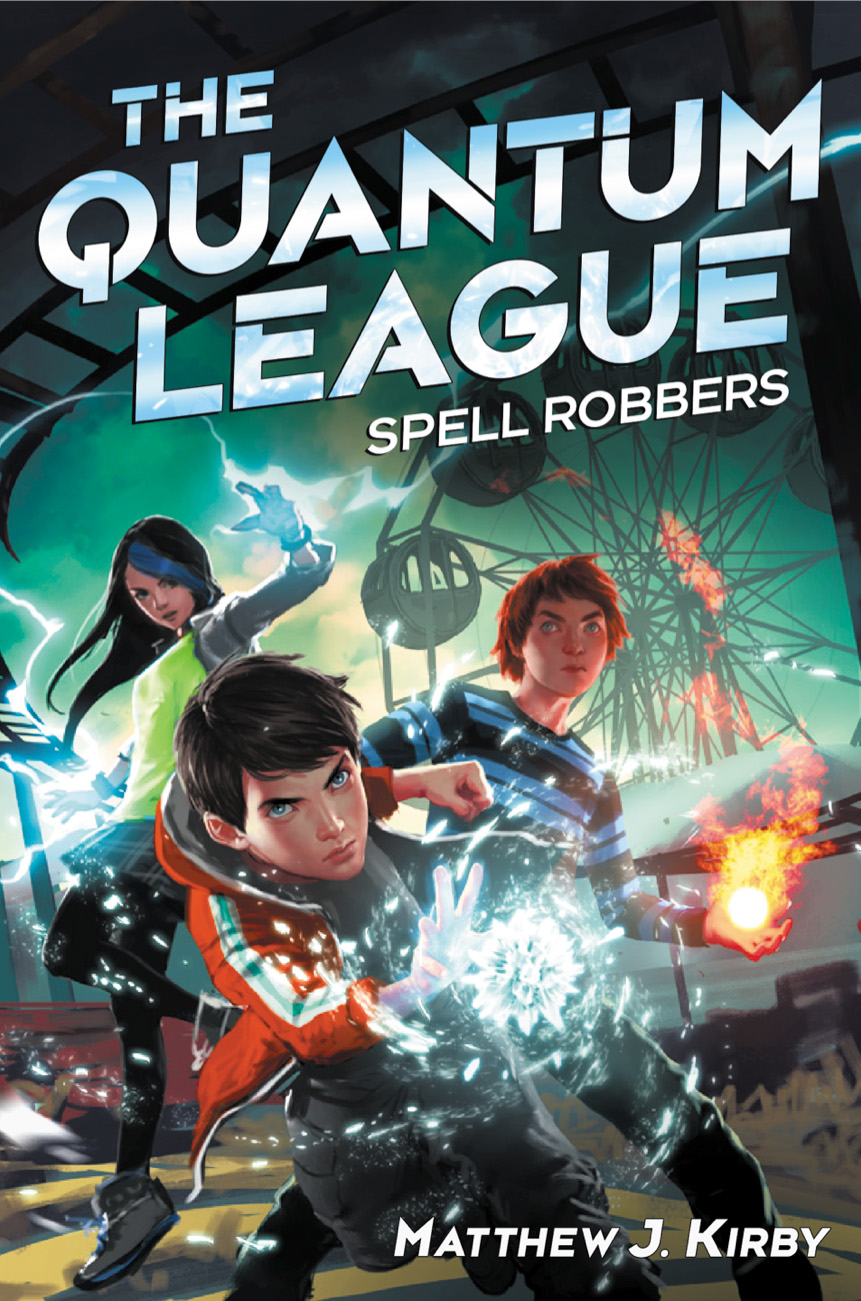 >>> Update: I get a LOT of email and blog comments asking when the second book in the series will be out. I wish I had a definitive answer. I can tell you I’ve written the second book, and my publisher has it, but it’s up to them when it comes out. The best thing to do is to tell your local bookseller you’re ready for it and you want it. <<<

“Kirby infuses this action-packed spy thriller with layers of moral ambiguity… This first book in the Quantum League series provides satisfying partial closure, while intriguing storylines to be developed will leave readers eager for the next installment.” – Publishers Weekly

After Ben Warner is recruited to join a “science camp” led by the eccentric quantum physicist Dr. Madeleine Hughes, he quickly realizes it’s no regular science camp. Along with his new friend, Peter, Ben discovers the secret, powerful art of Actuation–the ability to change reality by simply imagining it differently.

When a mysterious group of men invade Dr. Hughes’s laboratory, abducting her and stealing her precious equipment, Ben and Peter are suddenly caught up in a turf war between dangerous actuators desperate for Dr. Hughes’s innovative technology. And as Ben and Peter are pulled into a perilous, hidden world full of impossibilities now made possible, will their combined powers be enough to save Dr. Hughes and vanquish their enemies before it’s too late?