I’m honored and pleased to announce that Icefall has won the 2012 PEN Center USA Literary Award for Children’s Literature! I continue to be humbled and touched by the attention Icefall has received. As I’ve talked about many times, Solveig and her story are very close and personal to me, and I love that the book has resonated with others. Congratulations to the other finalists, including Trent Reedy for Words in the Dust, Allen Say for Drawing from Memory, and Gretchen Woelfle for All the World’s a Stage: A Novel in Five Acts. One of the judges for this year’s award did a write up here. I look forward to going to the banquet to receive the award next month.

Last month, James Dashner’s Infinity Ring Book 1: A Mutiny in Time came out in bookstores, and I was fortunate enough to be there for the big launch in Salt Lake City on August 29th. James did a couple of school visits that day, and I went along with him. We went to Canyon Rim and Rowland Hall, and both schools were a blast (in spite of the fact that James told the kids I was a serial killer. I mean, look at this picture: 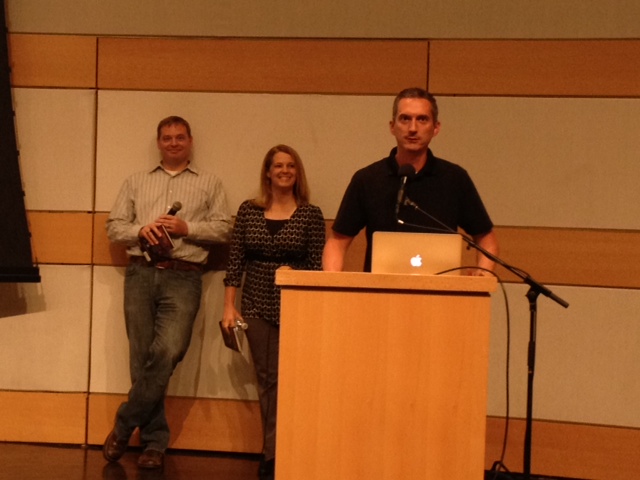 Now tell me, which of us looks more like a serial killer?) It was a special treat going to Rowland Hall, because the librarian there, fellow author Becky Hall, was once my 5th grade teacher at Uintah Elementary. 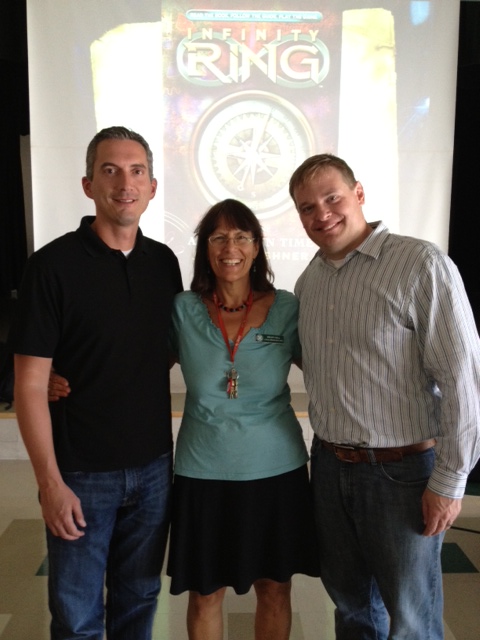 I love doing school visits. More so now, I think because the school year has started and I’m not working with the kids on a daily basis anymore. It’s been a bit odd for me. Even though I am so excited to be writing full-time, a part of me misses it. 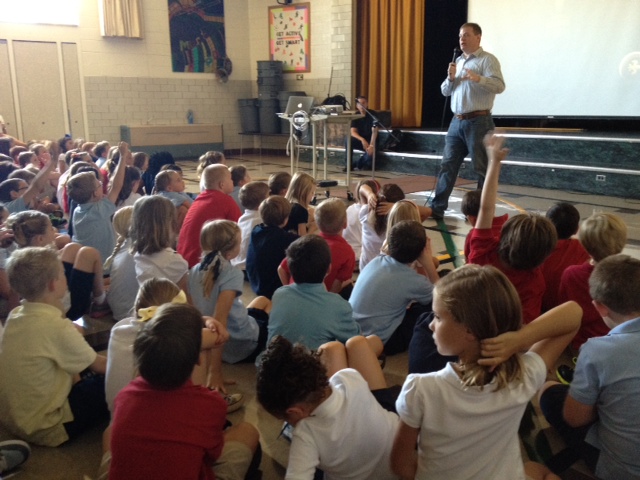 After the school visits, Jennifer Nielsen joined us for the launch event at the Salt Lake City Public Library, hosted by the amazing folks at The King’s English. At the event, I told the audience that The King’s English is the heart of the writing community in Utah, and I meant it. During the event, James, Jen, and I did a reader’s theater, each taking one of the three main characters in the Infinity Ring, with special guest Brodi Ashton as the narrator. 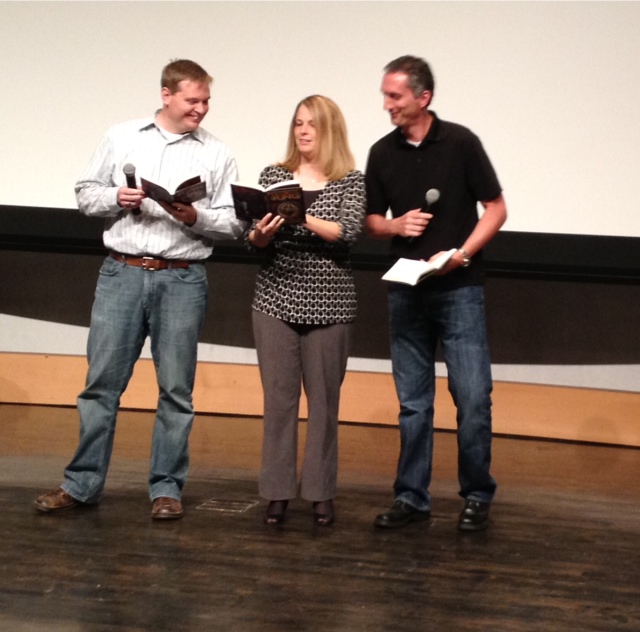 And afterward, we signed books and posters. Those who came were able to get both signed by all three of  us: 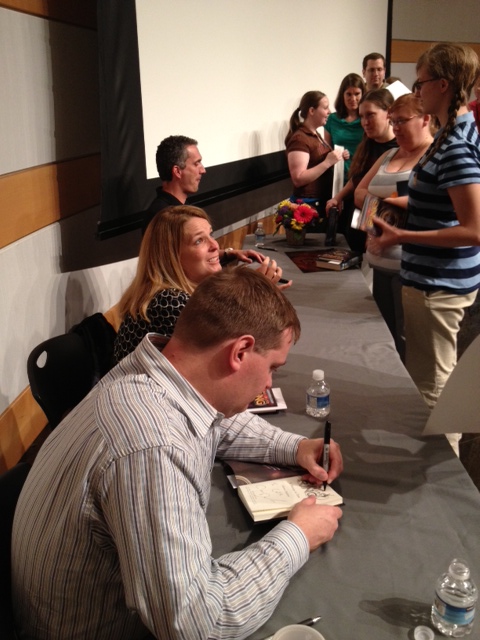 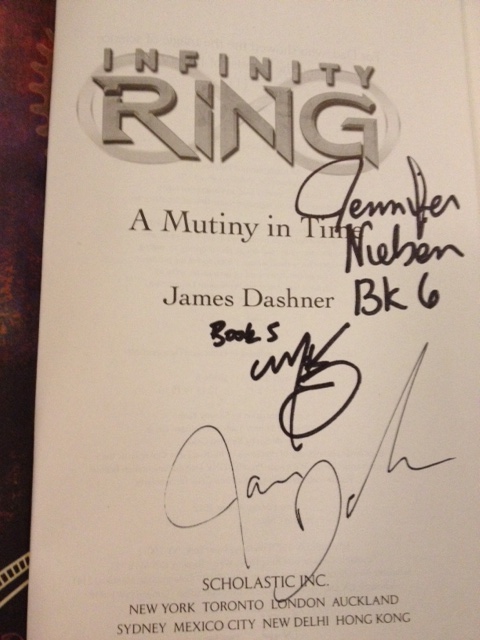 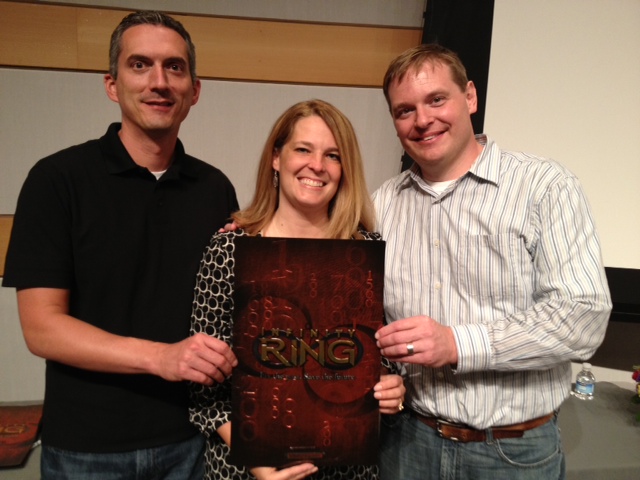 The event reminded me of a few of things. First, how fun it is to be involved in something like The Infinity Ring, with such talented writers and friends. Second, how amazing it is that three of the six Infinity Ring authors are from Utah. And third, how much I miss the people with whom I have formed such meaningful relationships while I lived in Utah.

Thanks again to the Salt Lake Library, The King’s English (especially Rachel!), and Chris and Charisse from Scholastic for putting together such a great event.

7 responses to “PEN Center USA, and the Infinity Ring launch”