Island of the Sun cover reveal!

A few weeks ago, Mr. Schu was kind enough to reveal the cover to my next novel on his site, but now I’d like to reveal it here. With much excitement, I present to you Island of the Sun, the sequel to The Arctic Code and the second book in The Dark Gravity Sequence! 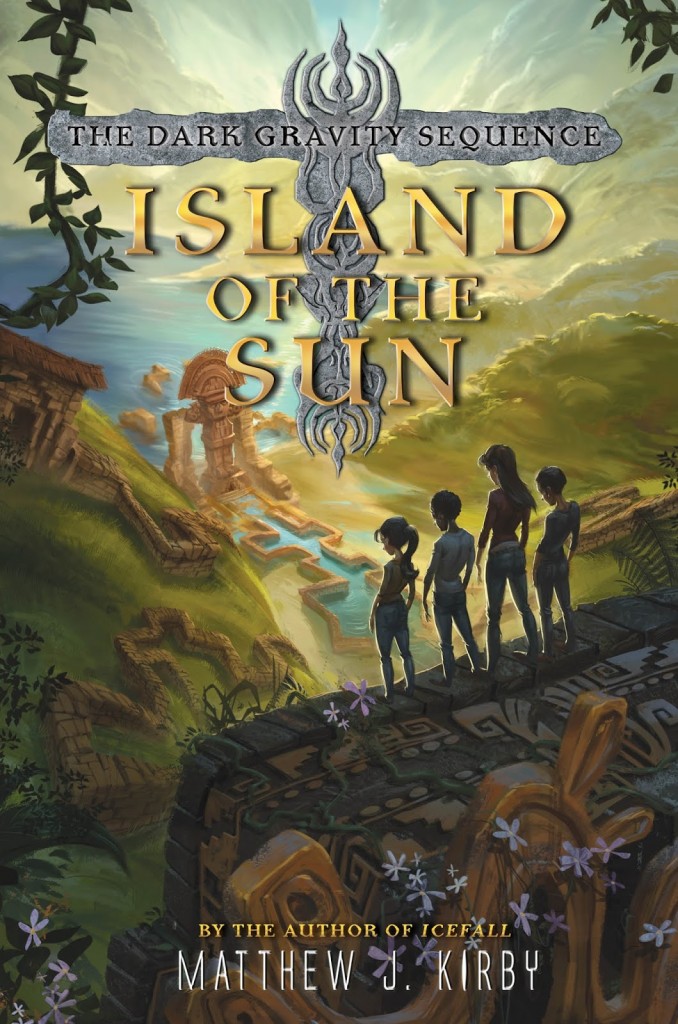 Eleanor has shut down the mysterious Concentrator in the arctic, but her mission is far from over. The Earth is still spinning out of its orbit, and growing colder by the day. Their only chance is to find the other Concentrators imbedded around the world and deactivate them before it’s too late.

But doing so won’t be easy. The Global Energy Trust has branded Eleanor, her mom, and her friends international terrorists, and are tracking their every move. The G.E.T. will stop at nothing to harness the power of the Concentrators in order to preserve the select few people they deem worthy, and Eleanor is soon forced to ask herself whether it’s worth risking the lives of the entire human race for a slim chance to save them.

The second book in Matthew J. Kirby‘s Dark Gravity Sequence is a breathless race across a planet perilously close to extinction, one that will find Eleanor and her friends questioning their connections to it—and to each other.