A Taste for Monsters cover reveal!

Back in 2010, I was at the annual ALA conference in Washington D.C., and my editor, Lisa, and I had left the conference to do some exploring at the Smithsonian. As we walked along the National Mall, I told her about an idea for a book that featured the Elephant Man and Jack the Ripper, both of whom occupied a relatively small area of London’s East End, at the same time. As I talked, we both got the chills, (even though it was D.C. in the summer, and therefore uncomfortably hot and humid) and she said something like, “You have to write that book one day, when the time is right.”

That time came last year, and this year on September 27th, that book will be released. It’s called A Taste for Monsters, and I’m really excited to share the cover with you here: 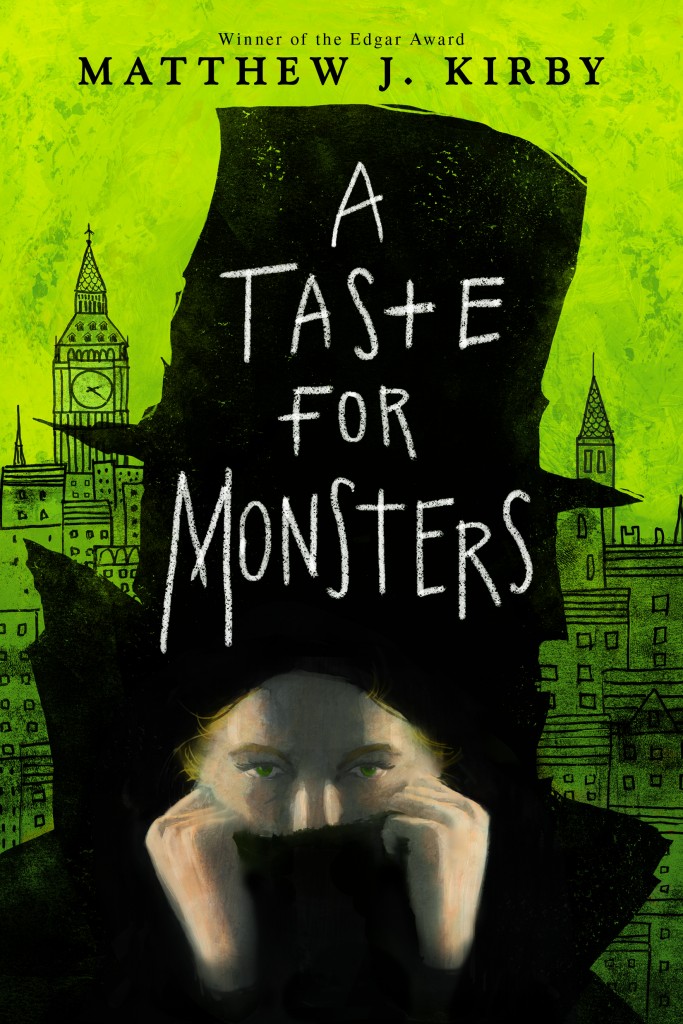 IT’S LONDON 1888, and Jack the Ripper is terrorizing the people of the city. Evelyn, a young woman disfigured by her dangerous work in a matchstick factory, who has nowhere to go, does not know what to make of her new position as a maid to the Elephant Man in the London Hospital. Evelyn wants to be locked away from the world, like he is, shut in from the filth and dangers of the streets. But in Joseph Merrick, the Elephant Man, she finds a gentle kindred who does not recoil from her and who understands her pain. When the murders begin, however, Joseph and Evelyn are haunted nightly by the ghosts of the Ripper’s dead, setting Evelyn on a path to facing her fears and uncovering humanity’s worst nightmares.

A Taste for Monsters is a terrifying and haunting tale of the monstrosity of men and the salvation one may find in the unlikeliest places, from Edgar Award–winning author Matthew J. Kirby.

YA Book Central is hosting a giveaway on their blog for an ARC, so if you’re interested in entering, click here.

A Taste for Monsters, Books, Writing